“We’re all living in America,” once sang the cult German rock band Rammstein, implying that the entire modern world is in fact Pax Americana, and that it is incredible to imagine a contemporary person who is not involved in American culture and customs in any way.

The main country of the world unconsciously dictates its preferences to this planet, but it also plays in the opposite direction. It often happens, when Americans travel abroad for the first time, they are massively surprised – it turns out that there is a huge world beyond the stars and stripes, and its inhabitants not only don’t follow American traditions, but even consider then weird and sometimes bizarre.

Do you want a good example? Well, not exactly perfect, since Tom Brady and Gisele Bundchen announced their impending divorce, but still – over the past ten years or so, Americans have gotten used to thinking of Gisele as “the wife of the great Brady”, and almost the rest of the world, if any had an idea about the football GOAT, knew him only as “the husband of the incomparable Bundchen”.

And so, a few days ago, a thread appeared in the AskReddit community, the author of which asked the question: “What is an American thing but Americans think everyone outside of America does it?” As of today, there are already over 22.4K upvotes and around 27.7K various comments in the thread, written by both Americans and representatives of other countries living or ever having lived in the USA.

Bored Panda has put together a special selection for you with the most interesting, unexpected and just incredibly popular comments from the original thread, so please feel free to scroll this list to the very end, mark the submissions you enjoy best and don’t forget to leave comments in case you have something to add. After all, “we’re all living in America”… 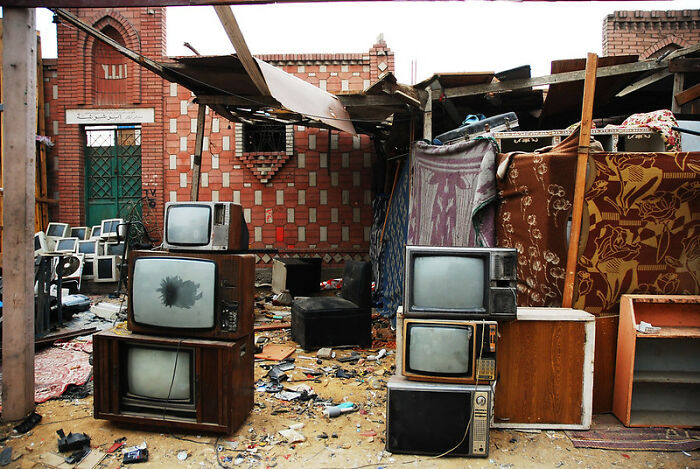 no issue with violence shown to kids in tv and movies, while simultaneously losing your s**t if someone flashes a breast at any time 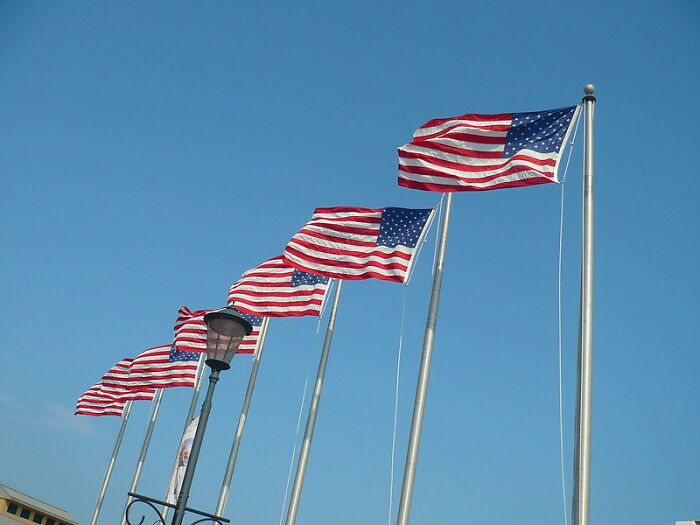 Reciting the Pledge of Allegiance. It’s alarming to me how many Americans I’ve met who think all countries do their own version of the pledge. It is a uniquely American thing. 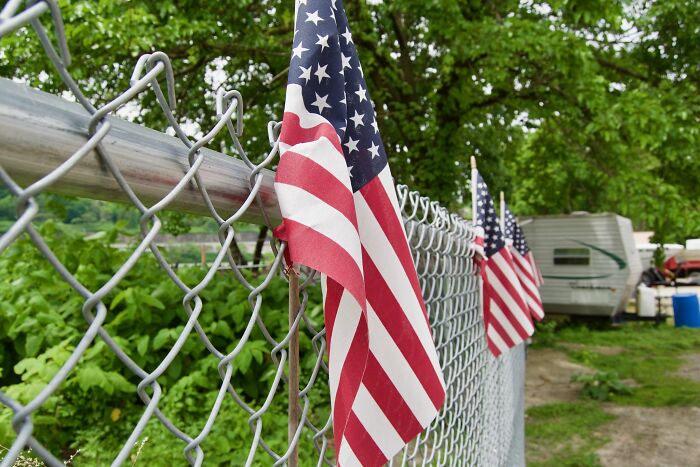 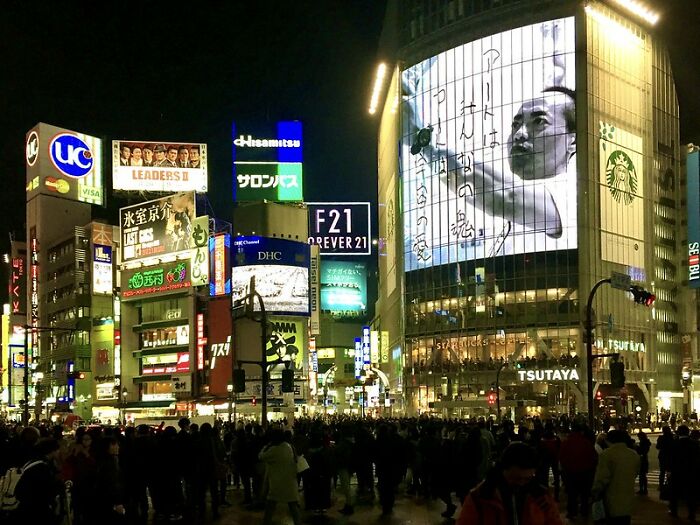 The sheer amount of ad breaks when watching a tv show. In the US, there seems to be one every 10 mins, but here in the UK, you get a break halfway through a show and then in between shows and that’s it. 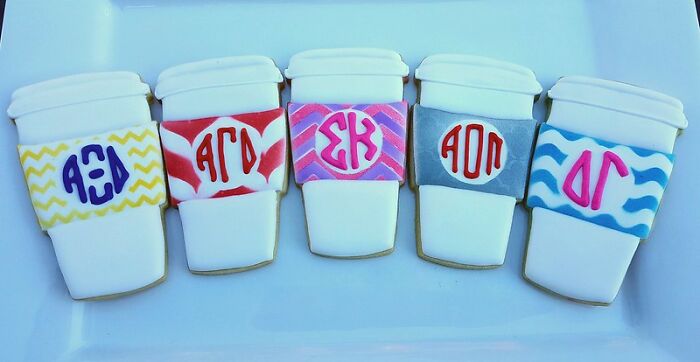 American college culture is the weirdest s**t on earth.

Frats, sororities, all of it. 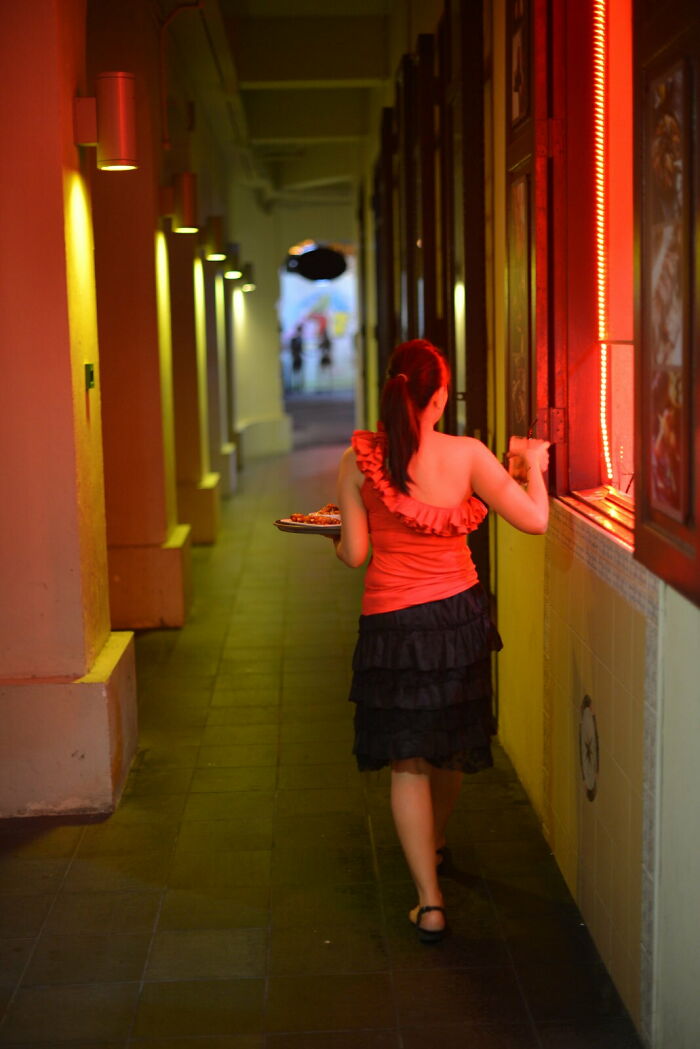 The over the top customer service attitude.

On a trip abroad my wife thought that she upset the waiter somehow because he was generally neutral in his interaction. 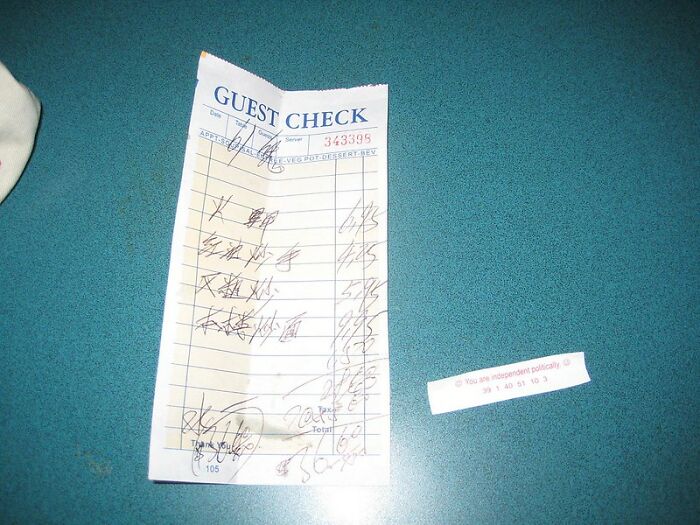 Born and raised in the US (Massachusetts). When I went to Australia, I automatically assumed that the waiter would bring the bill over when they think we’re done eating and just tell us to pay whenever we’re ready. I sat at the table for a good 15min just browsing my phone with no food or drink on the table until I decided to call a waiter over. They told me when I’m ready, I can pay at the front counter.

Went to Brazil to visit my wife’s family and we ordered some street food. I tried to pay upon order and my wife told me they take payment after we finish eating even if it’s street food… After eating, we totally forgot that we haven’t paid yet and just got up and walked away because we’re so used to paying upon order. About 50metres of walking, I was like, wait… We didn’t pay for the food. We rushed back to pay and the cooks had a good laugh about it. 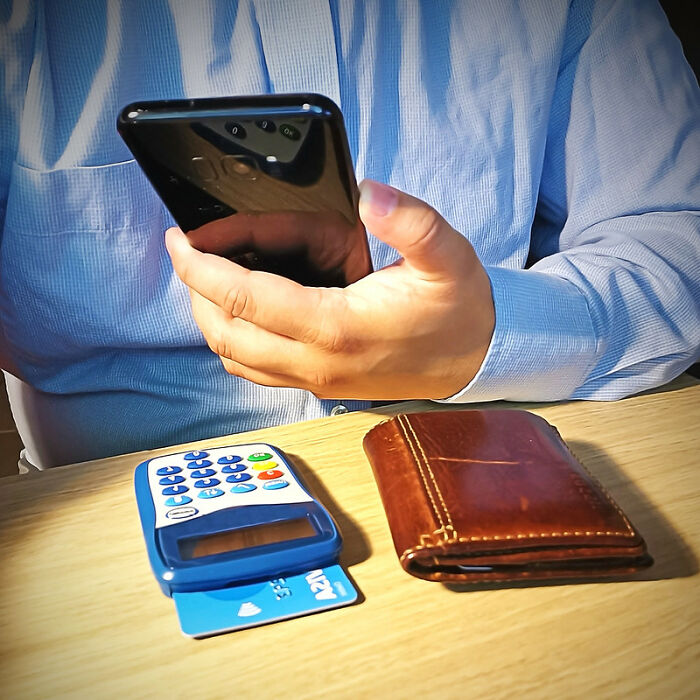 Having the waiter take your credit card at a restaurant. Most other countries bring the machine to you so you can pay at the table and at least reduce the risk of having your credit card information stolen… 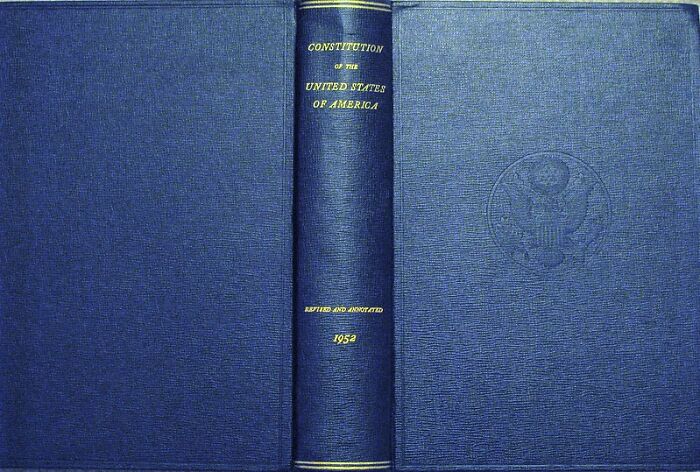 Hospitals connected to specific insurances (and you having to make sure you go to the right one, how do you even do that after a car crash..?) 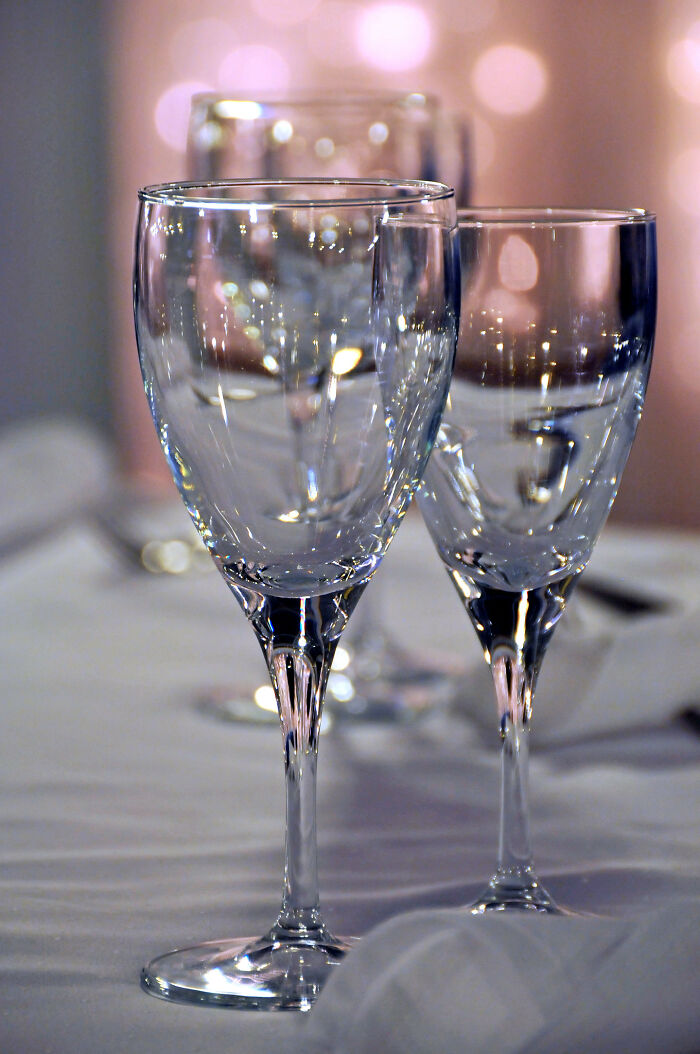 Free water at restaurants, and water just being brought to the table by default without you ordering it. I definitely prefer the American way. I literally always want water with my meal, regardless of whether I am also ordering something else to drink. 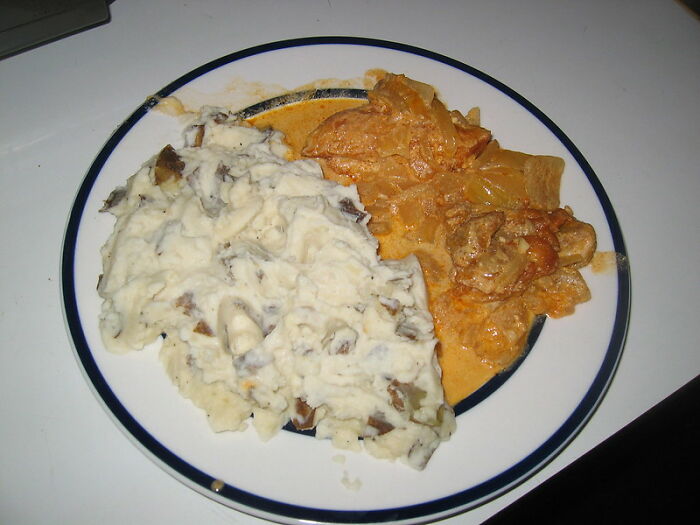 Drinking out of red solo cups in college. A friend of mine studied abroad in London and said her new friends asked if we actually used them or if they were “only in the movies.” 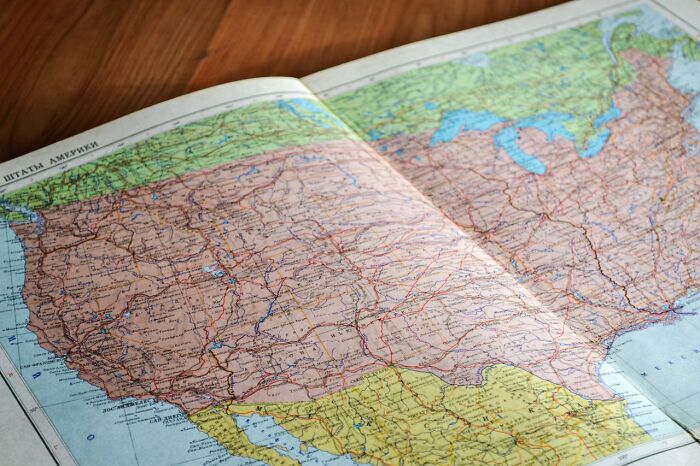 This is (from what I’ve been told by others outside the state) more of a Texas thing, but if someone asks how far away something is we tell them a time frame, not how many miles. This has been the standard my whole life, so hearing that other people don’t do this is weird to me.

Immense portions in restaurants and then taking a slightly less immense (but still big) boxful of leftovers home. Calling the main course an entrée, when entrée means starter/appetiser. 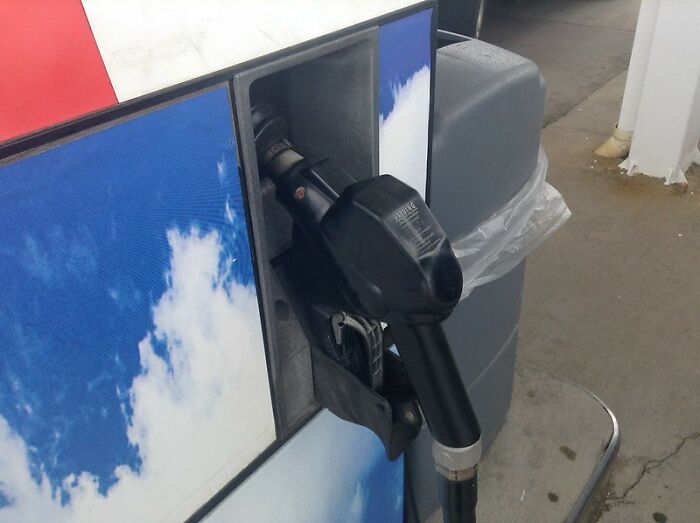 The gas pump only turning on after you’ve paid. I was in the UK and filling up my rental at a somewhat rural station and was flabbergasted that I was supposed to pay after. I asked the guy if people ever leave without paying and he just shrugged and said “sometimes, but not often enough that it’s a problem”

My experience is that Americans don’t often consider people outside of America. My American family are lovely people but they are insular patriots and they’ve never had a reason to think outside of America really.

And to answer your question, most of it is monetary assumptions. They were blown away that we don’t tip everyone for everything. They were also surprised they knew the exact amount they were going to pay for something before they hit the till. 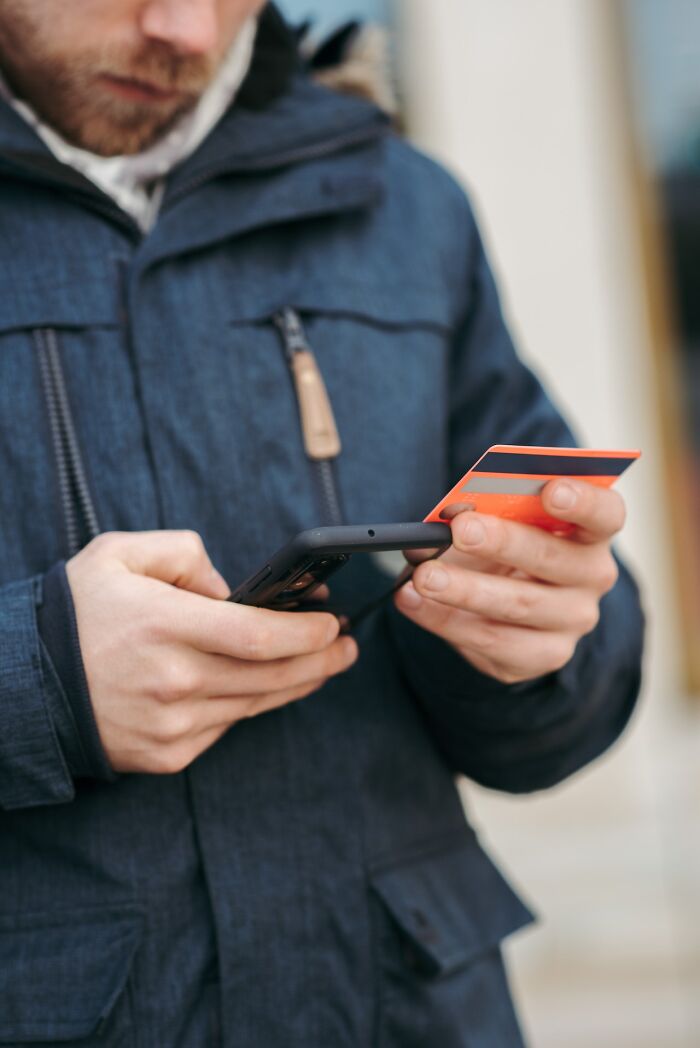 When I came to US from Canada to see a friend, after dinner when we were splitting the bill they asked if I could just venmo it over. And then I told them we don’t have venmo. And then I saw the shocked pikachu meme face around me. 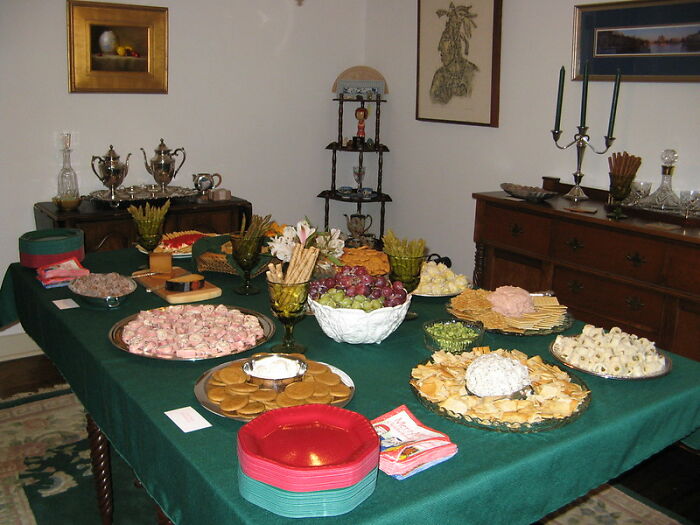 Calling the main meal an entrée.
Elsewhere (most of the world, including France from where the word comes), it’s the course preceding the main course.
Synonyms are appetiser, starter or hors d’oeuvre.

Edit: hors d’oeuvres are not the same as appetisers – I used the term as a generality to differentiate main from non-main courses.
Thanks to those who pulled me up on the specificity 😊🥂

I mean, we can take a credit if we want to, pretty much everywhere in the world. But everyday’s life in America seem to revolve around credit, from your student loan, to your health payments, to your mortgage, but also seemingly for all and everything and everyday’s purchases, and all Americans I know always have half a dozen of credit cards they use to pay one another in a complex game of optimization. The very notion of credit score is also absent in most of the world outside of America.

Take the example of France (where I live). Most people have a single credit or two, for their house payment and sometimes for their car. Everytime you want to subscribe to a new credit, they will look into your current credits and your taxable income to make sure you can afford it, and that’s about it. No complex stuff. People have a single “credit” card but many (myself included) don’t even use the credit feature, we opt for immediate debit. Much easier to track your current balance. I am a father of 3, well in my forties, with a house, a car, an e-bike, a rather “expensive” lifestyle because of the 3 kids. And I have a single (big, lol) credit for the house. Of course, some less fortunate may need to make more use of credit, but it’s not in the general mindset : if you can avoid it, don’t use it. People tend, as much as they can, to make provision for future purchases and then pay cash (or very short-term like 4 month). 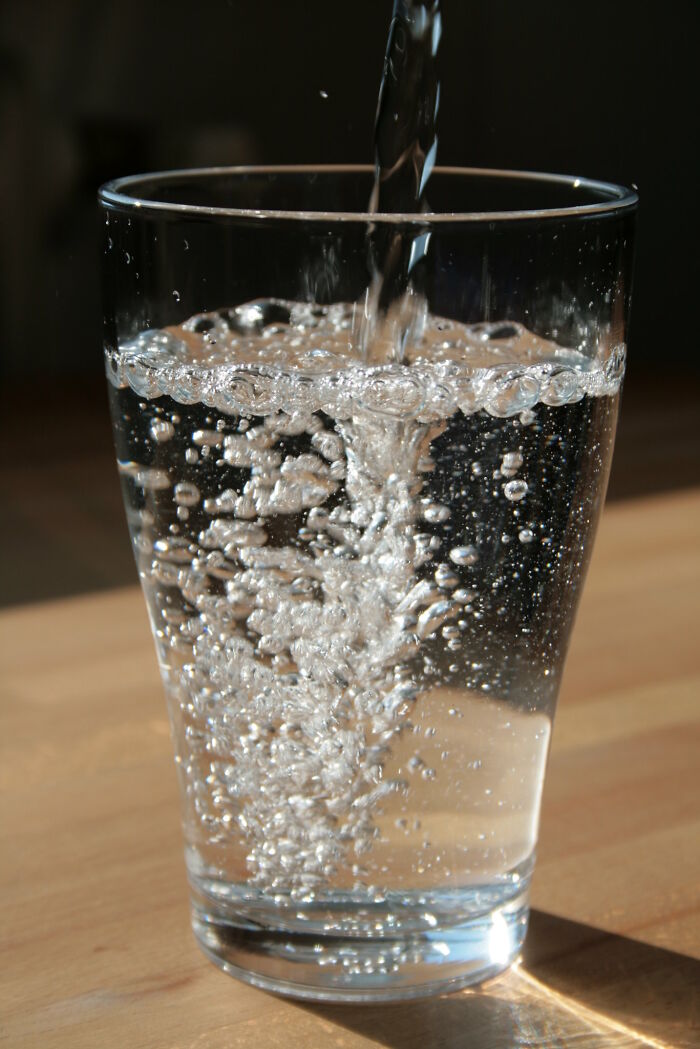 It took me about 3 tries to get tap water in Germany.

That glass of water cost me more than a beer of equivalent volume. 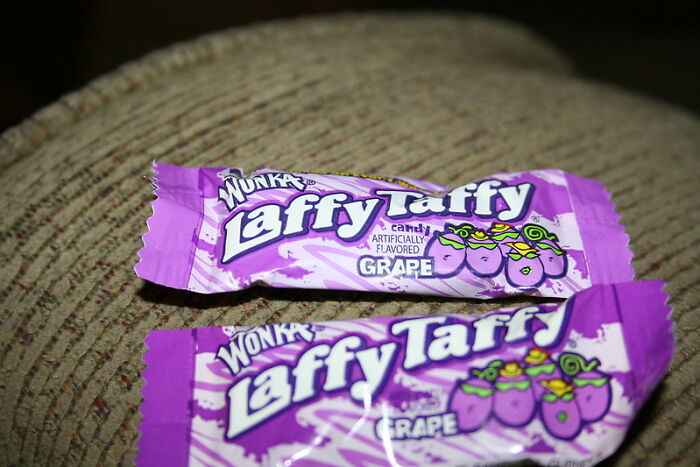 Have grape flavoured foods. I’m sure it exists elsewhere, but I’ve never seen it here in the UK. We have blackcurrant flavour instead, which is the ‘purple’ version in sweets and drinks.