Food is life, but it don’t come easy. Be it it don’t come cheap, or there is a rite of passage as you actually have to have some level of skill to make sure the food is ready and appropriate for human consumption.

Whatever the case, we now have a conundrum: we gotta invest something into making food happen. Dangit. Well, since we can’t avoid dusting off our hunter-gatherer skills and actually preparing the food, yet we can avoid it using monetary resources for it as much as we can, a good option is to make things from scratch.

But, beware, there are certain things folks online do not recommend prepping from scratch as it’s just not worth it. Yep, folks on Reddit have been listing all the foods, meals, and dishes that, either in their own or someone else’s experience, were regrettably not a good idea to do by sourcing and processing everything on their own.

Below you shall find a list of the best responses for the viral thread on r/Cooking, so scroll down, upvote, comment, and mayhaps share your own frustrations with playing the cooking game from square one. 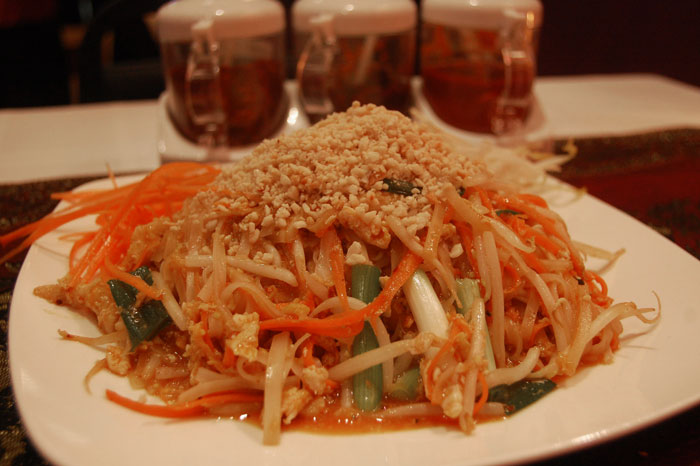 “Why would I order delivery pad thai when I can spend $45 on ingredients to make a worse pad thai?” 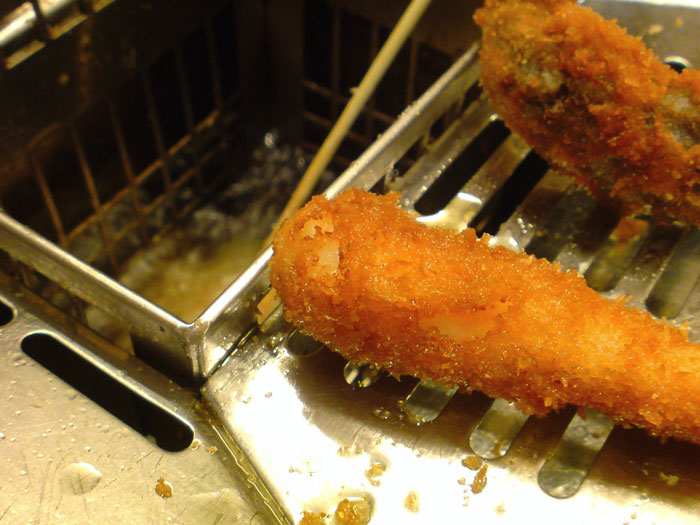 Deep fried anything. You’ll spend far more time cleaning up than you will cooking or eating whatever you’ve deep fried. There are but a few notable exceptions to this. 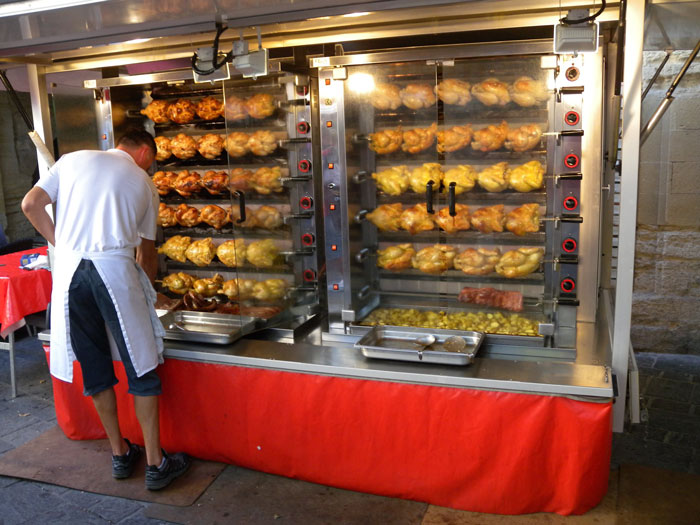 Maybe a hot take, but in my part of the world, grocery store rotisserie chicken will always be easier and cheaper than making chicken by roasting, boiling, etc. for any recipe calling for shredded or diced chicken, plus you can save the carcass for soup or stock.
Edited for clarity. 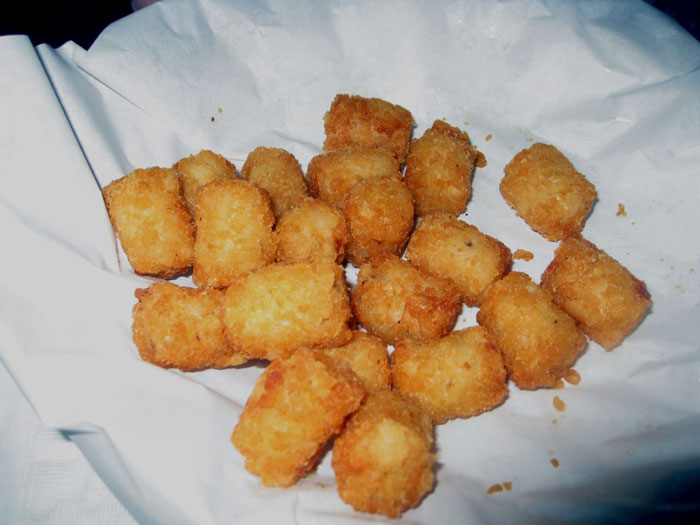 One of my biggest accomplishments in the kitchen was home made tater tots. You do a quick fry of the potatoes, shred them once they cool, mix in any herbs or spices you’d like, then form them into tots and fry a second time. They turn out well and are super tasty, but I’ll be damned if they aren’t 99% identical to the frozen ones you get at the store. 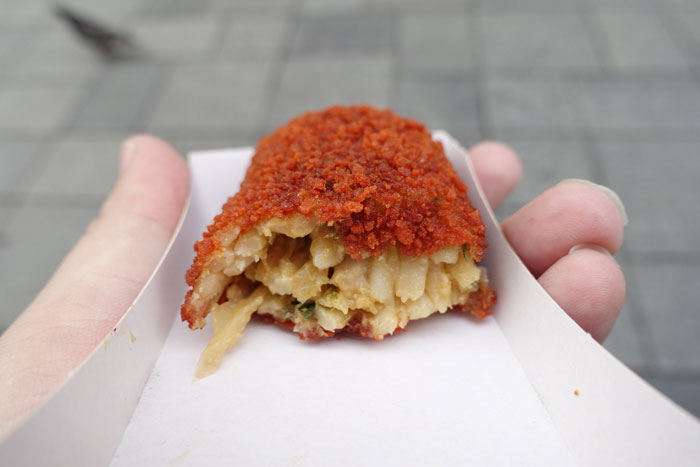 My mother walked in on me struggling with Dutch croquettes one time as a teenager and I tearfully asked her what her secret was and she said “oh I buy them pre-made downtown.” So there you go. 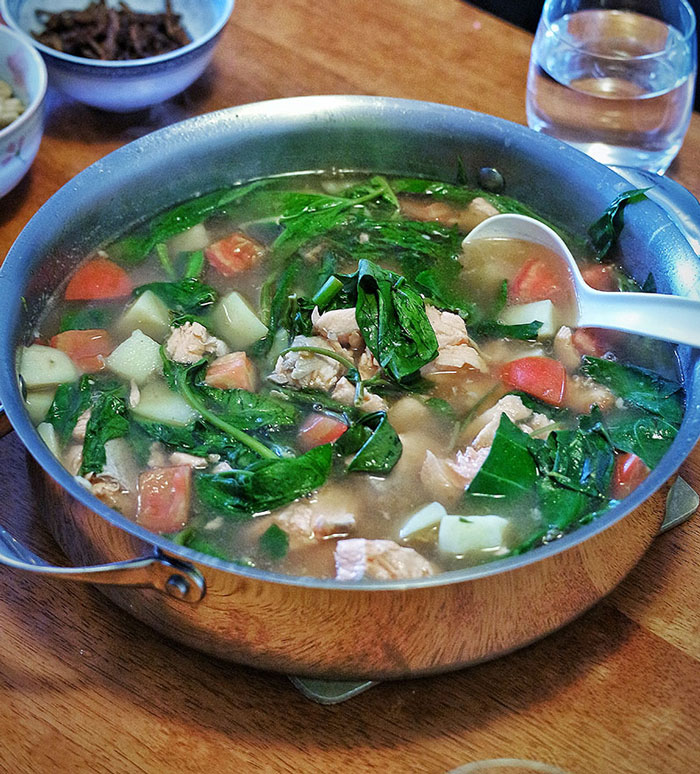 I regularly make a sour soup called Sinigang. For years I tried to make it as much from scratch as possible, with frozen whole tamarind pods, with tamarind pulp, with tamarind concentrate. You know what? The knorr sour soup flavor packet is way better than anything I can make from scratch. It was very humbling when I admitted defeat and stocked up on the mix, but my soups have never tasted better! 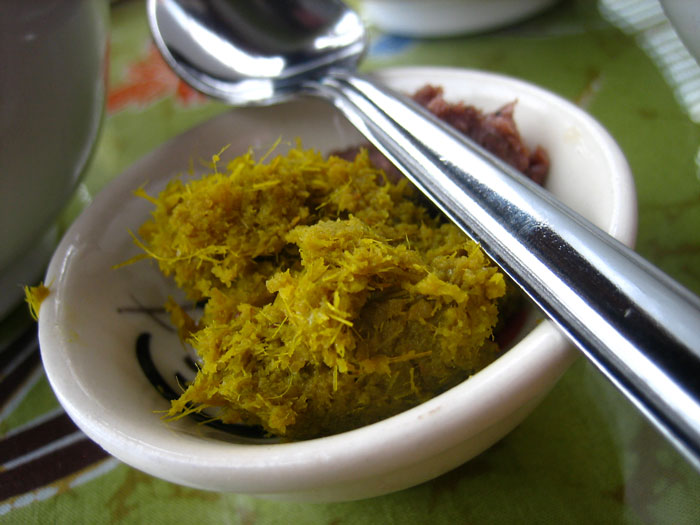 Curry paste. A number of my legit Thai cookbooks have the recipes for them and straight up tell you it’s not worth it, and that store bought is just as good. 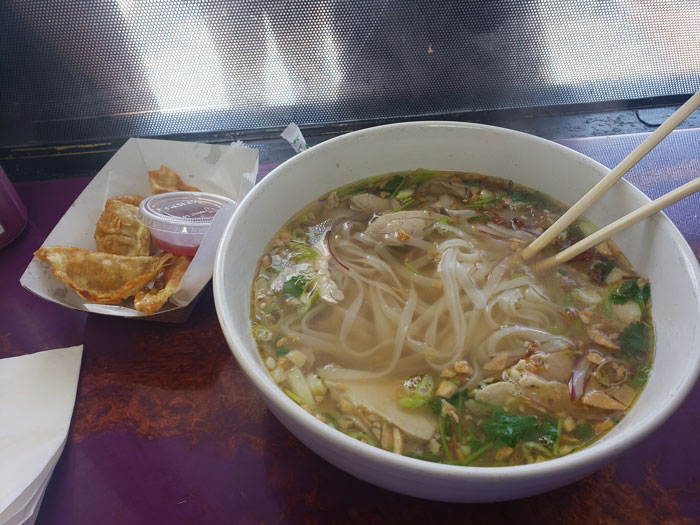 Pho and Ramen. For the quality and price I grab some down the road, the time and effort is just not worth it for me.

EDIT: I should say I don’t mean this to discourage anyone from giving both a go. I just happen to live adjacent to a “Chinatown” (really a mix of Chinese, Cambodian, Vietnamese, et cetera). It’s as good as it is easy on the wallet so I prefer to leave it to the pros. I obviously consider myself lucky. 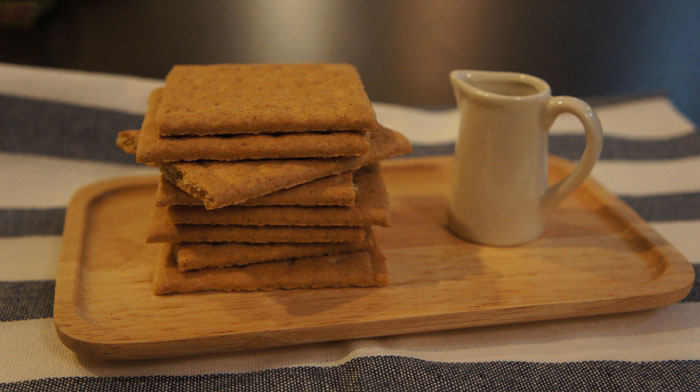 Apparently crackers are never made from scratch because I have never in my life encountered a home-made cracker, or even come across one in a cookbook. 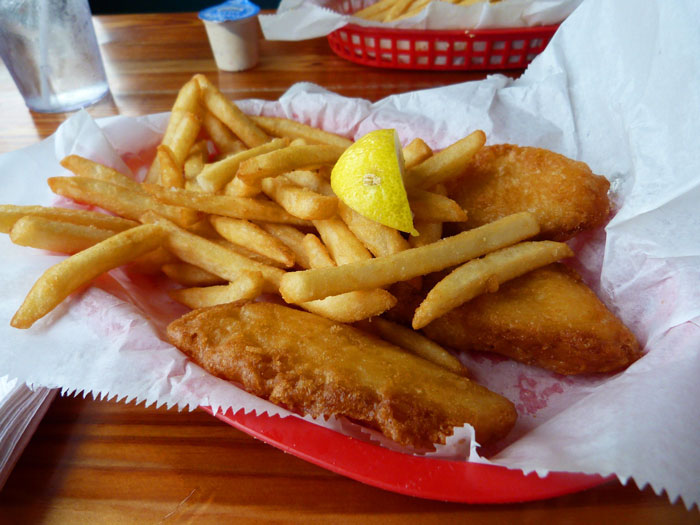 French fries. The cost of the potatoes, oil, the time to double fry, the mess and cleanup.. no way.

I mean, I roast my own coffee, make my own yogurt and granola, grow and can my own vegetables and tomato sauce, bake my own bread.. you name it. But if I want them, I’ll buy a sack of frozen fries and call it a day. 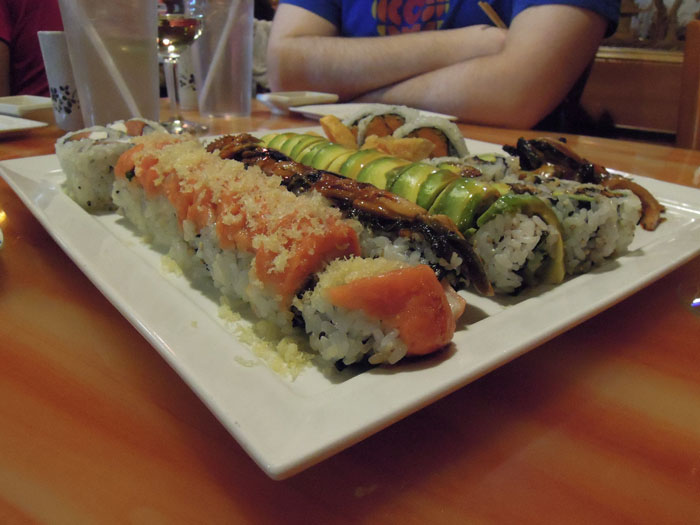 Honestly? Sushi. I think it’s a pain in the a*s, to properly cook and season the rice, to obtaining all the ingredients (avocados here are notoriously expensive), the fish is pricey.. I’d rather pay the $50 to go to a decent place. And I’m of the mind that I don’t ever want to pay for anything that I can make better at home and I love discovering new sushi and Japanese joints, so we trust the guy who spent 2 years of his sushiprenticeship just washing and seasoning rice to be our master.

Okonomiyaki on the other hand, that I make like a boss at home on the regular.

My mom who was great at a lot of things but was a terrible cook. Had a few passable recipes but not a great execution. Used to make “Mexican lasagna” basically chips, cheese, ranch style beans, canned chilli, all layered like lasagna then baked. I always thought it was a pretty low rent meal but it was a hit with my brothers. Easy enough to feed a bunch of people and reheats well I can see the appeal. I was feeling nostalgic so I decided to see what it would be like if I made it from scratch with high end ingredients. Pulled out all the stops, made my own chips, beans, chilli with 3 different kinds of meat high end cheeses the whole 9 yards. Spent an inordinate amount of time and money only to find out it basically tastes the exact same regardless of the quality of the ingredients I put in. I expected so much more quality improvement, but it was negligible at best. Now if I ever decide to do it again it’s cheap and easy all the way.

Shawarma, it really needs to be cooked on the vertical spike. And I’m sure most people don’t have that. They’re super cheap at the restaurants too. 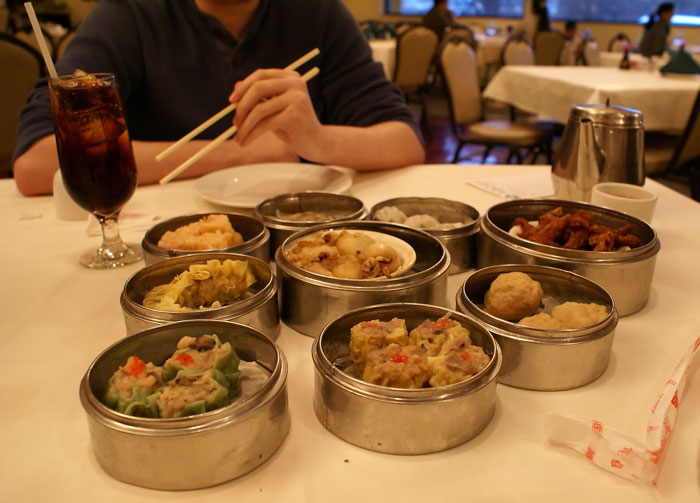 Maybe croissants, my friend tried and it took up her whole kitchen for two days. It could just be because she had never done it before though 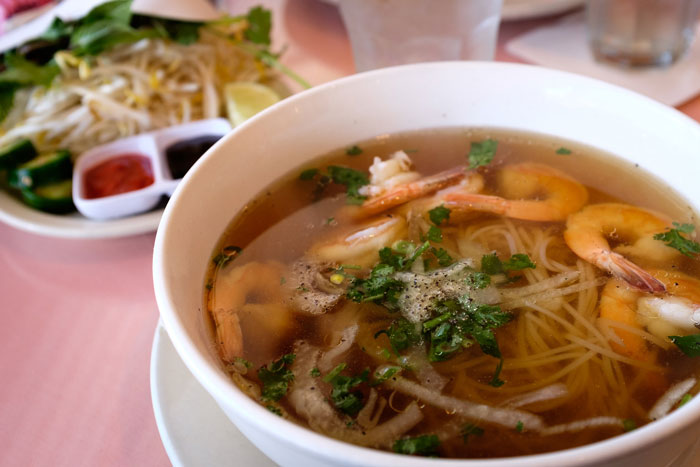 Vietnamese pho. You could spend 2 full days and about $100 dollars making your own bowl at home, or just go get a bowl made for you for $10-15 at a pho restaurant. Not worth it to make yourself. 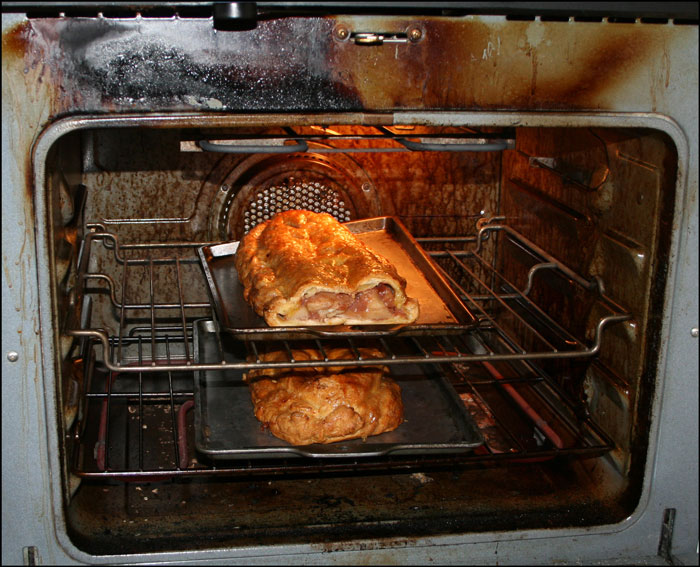 Strudel. One day I worked all day to make some. The result was good, but so is the stuff I can get for a few bucks at the store. 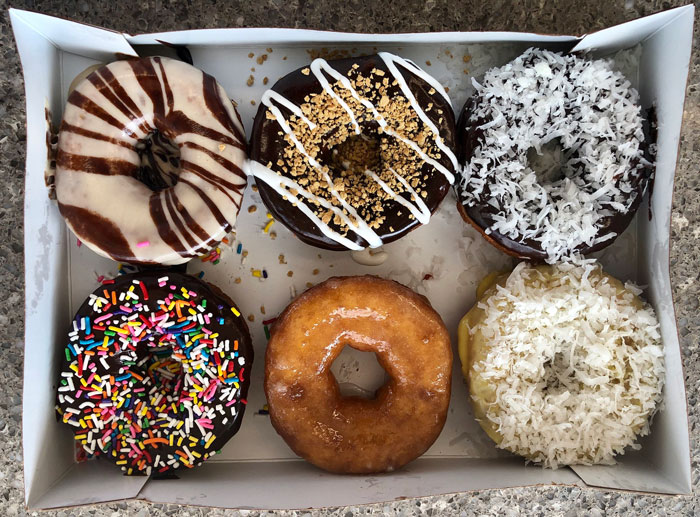 Donuts. I live in SoCal where we have a ton of mom & pop donut shops (fun fact if you’re into food history, look up Ted Ngoy. TL;DR he’s the reason a lot of Cambodian refugees here were able to make a living by opening donut shops, and is the inventor of the iconic pink box). Donuts are like $1 a pop, it’s so much work to proof the dough and then fry it at home when you can get a much better and cheaper one at any donut place in my area.

Empanadas. So much work to make the filling, the dough, putting together and then cooking. The recipe I used yielded 8, which my teenage sons and husband devoured in a sitting. 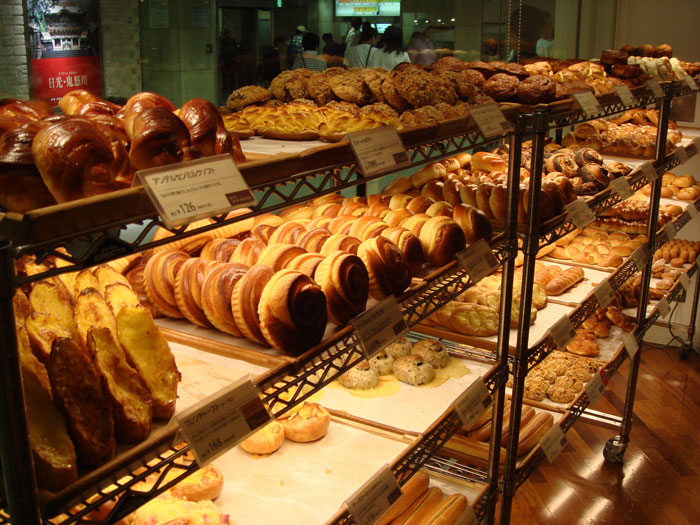 It’s mostly going to depend on what you have available near you.

For example I have several good bakeries around me that make very high quality bread fresh everyday in their industrial steam ovens for a couple of bucks. Doesn’t make any sense for me to make the same thing for the same price from scratch. But some people have trouble buying good bread for any price and definitely benefit from making it themselves.

Ice cream, unless you’re making a unique flavor, because of how much space it takes in your freezer.

Wonton wrappers. I tried making them once and it was fun, but also a pain and super messy. I didn’t find much difference between mine and store bought.

pyro_rocki replied:
I grew up making them. I like to make them because it’s usually a fun group activity like making tamales. And I do all sorts of fillings. I definitely think store bought are fine though considering the amount of work that goes in to them.

AdjunctFunktopus replied:
They’re not any worse to make than any other filled dough I’ve tried. Which is to say, they’re time consuming with a lot of components, but not really hard.

I’ll happily make them again, should the mood strike.

Lobster rolls, i made 2 for about 35 bucks that just were not worth the effort, would’ve cost me the same to buy them and eat them without the effort of killing and cooking a Lobster.

Falafel. The time it takes and the mess it makes is really not worth it when I can find wonderful ones made by professionals.

Dumplings. I’ve only made them for special occasions, and there’s a reason for that. 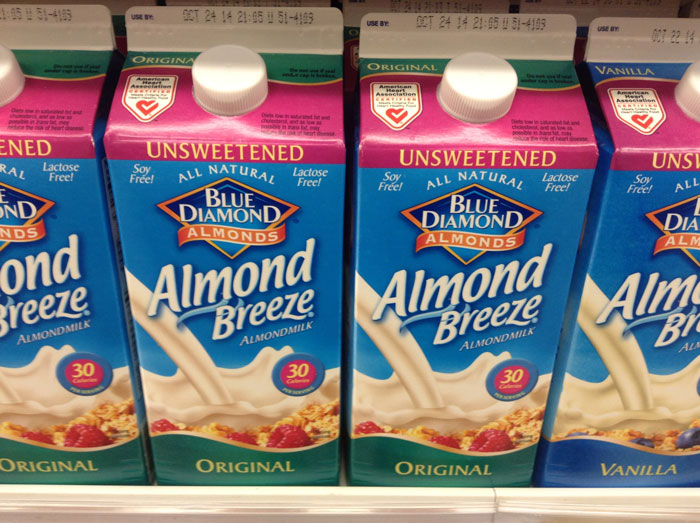 bonenecklace replied:
Pretty sure it’s cheaper too, raw almonds are one of the more expensive nuts, I don’t think $3-4 is going to get you enough almonds to make the equivalent amount of milk that’s in a carton. 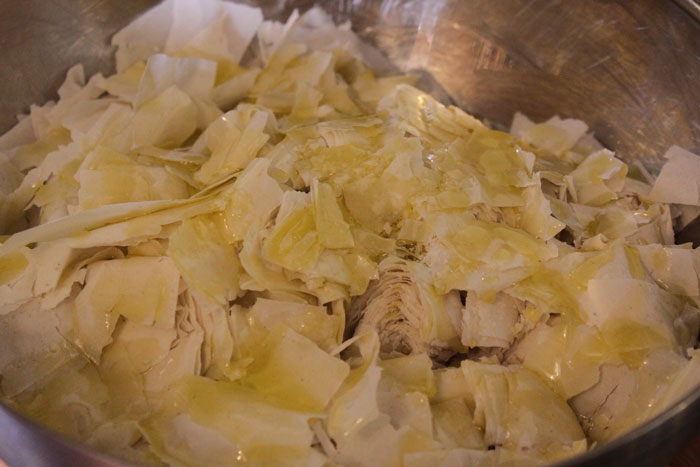 Erediv replied:
There’s a massive difference in flavor for store bought and homemade when using it for baklava so I gotta disagree with you.

FinalBlackberry replied:
my mom, back in the day used to make her own Phyllo dough for both Baklava and Burek (we’re from the Balkans) you can definitely taste the difference. She still makes Burek with home made dough but the Baklava she buys by the pound from a bakery.

FinalBlackberry replied:
No it’s handmade from a bakery. It’s pretty tasty as well. And like $12/lb. 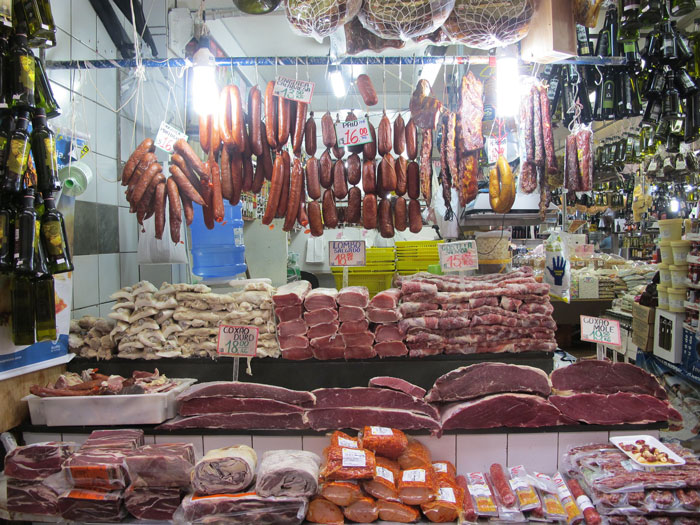 Cesia_Barry said:
Cured meats, unless you’re super into the science and technique.

Lo-Fi_Pioneer replied:
I’m one of those who’s super into technique. I love curing, fermenting, etc. I also manage a shop where we make all that sort of stuff, so it’s a natural fit for me. I can see why it wouldn’t be worth it for your average person, though. It’s a lot of waiting and certain things can take up a lot of space. 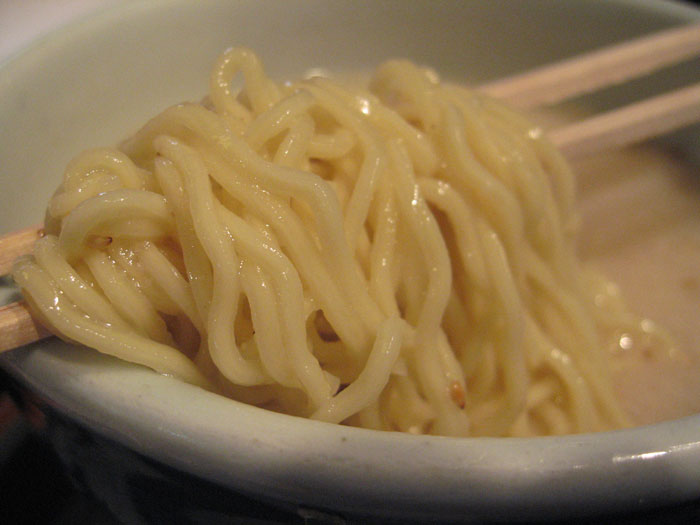 Brian_Lefebvre replied:
I find the soup to be the bigger pain the a**. Blanching bones, cleaning bones, snipping chicken feet, sanitizing raw meat surfaces, skimming, steeping stuff, straining everything, scrubbing the pot. It can get crazy. And if you’re dealing with pork bones, it can get smelly too. 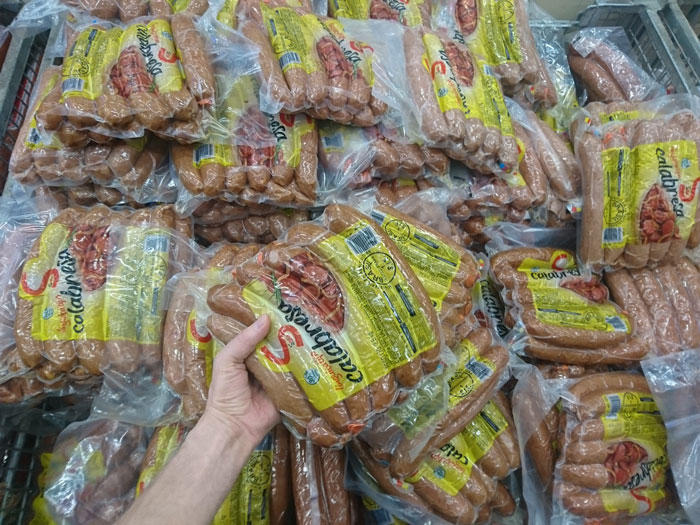 I got one I haven’t made but it’s sausage casings. I hunt and gut pigs, and it’s very stinky so I wouldn’t make sausage casings which are made from the intestine. 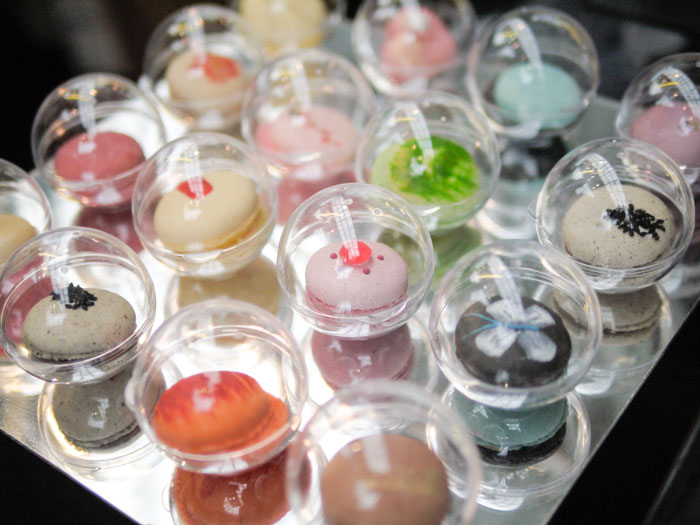 dumbwaeguk replied:
Dacquoise on the other hand is worth it to me because it’s so much cheaper and I have a lot of control over the filling.

newluna replied:
Meringue isn’t difficult! Or rather it can be, but it’s not complicated.

galaxystarsmoon replied:
I have a baking business. Whenever I need $$, I start a preorder for macaron boxes. They sell out every time and I can charge a ridiculous amount for them 🤣

Angel food cake. Box mix is perfect every time and you don’t have to figure out something to do with all those yolks! 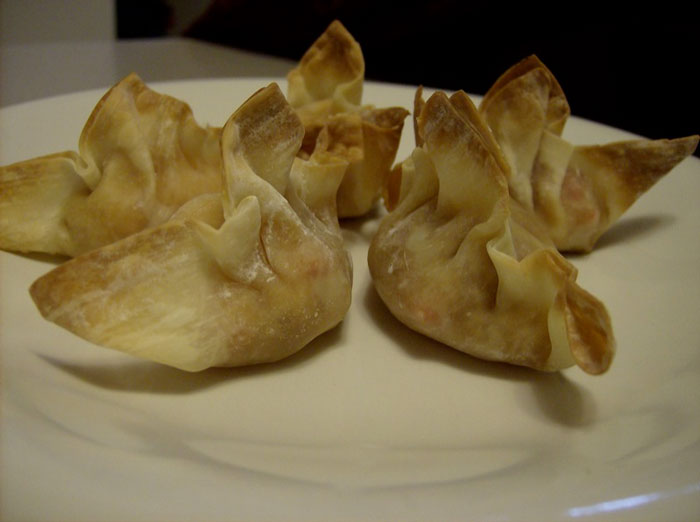 la__polilla replied:
Wonton wrappers aren’t so bad, and much easier to stretch and crimp than the frozen ones. I only make them twice a year though, when I can gather the free child labor to roll them out for me.

I never fully follow the directions on the back though.